MEAT AND POTATOES GET AN UPGRADE!

My good friend Paula's Mom, Betty recently had a birthday. I love birthday celebrations so we had a party in her honor. I know she's a meat and potatoes gal, but wanted to do something a bit more special.
Paula made a fabulously moist and delicious carrot cake for dessert (can't wait to get that recipe!), but let's start with dinner. Our meal began with a bright, refreshing Spinach Soup...recipe courtesy of my friend Bonnie by way of Ree Drummond. Easy to put together and a perfect way to begin.


SPINACH SOUP
This soup has quite a kick so if you want to tame it down, just use less cayenne. It can be made a day ahead and is good cold, too. 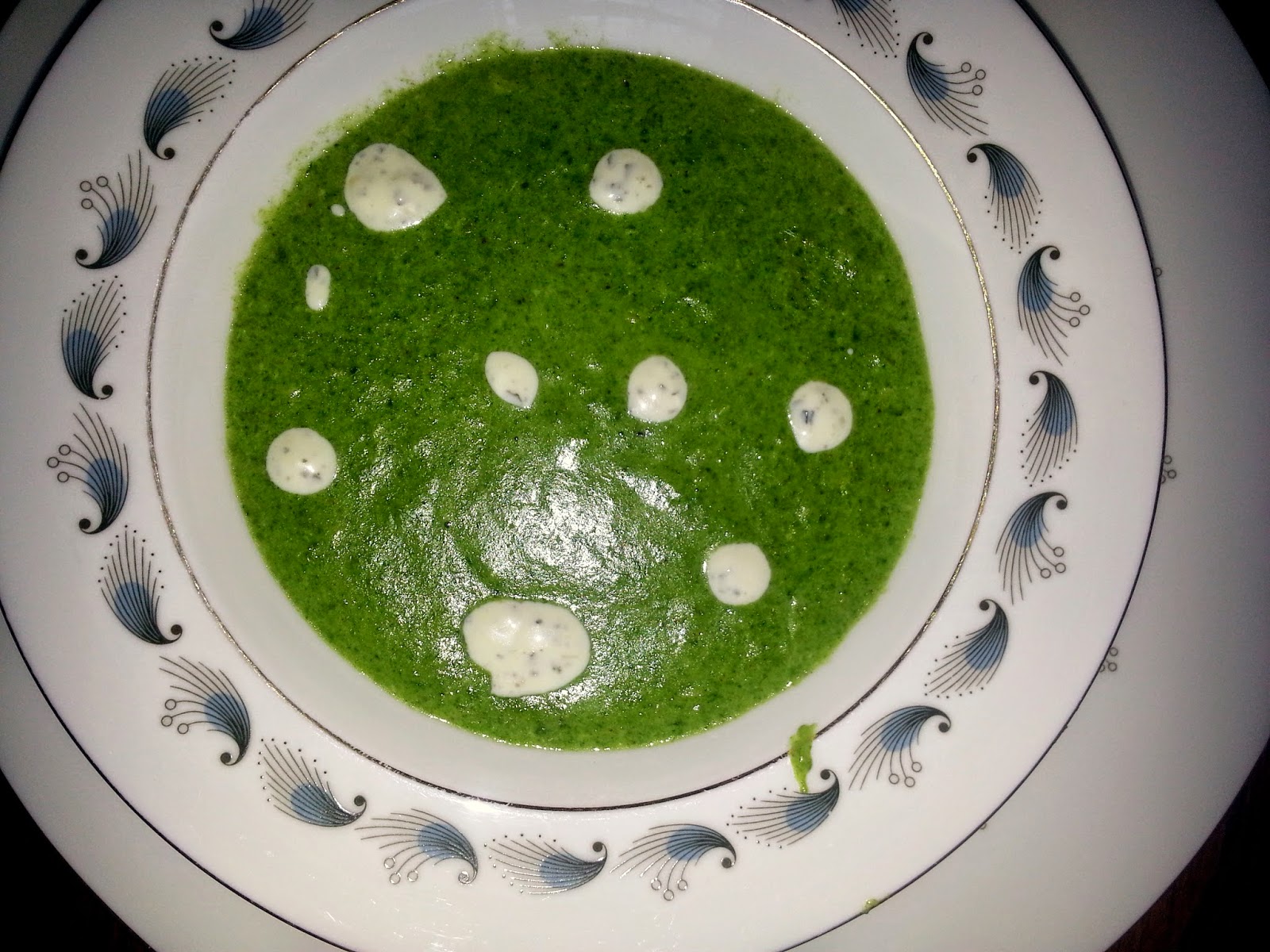 Ingredients:
2 Tbsp. Olive Oil
10 oz. fresh spinach
2 cloves garlic, minced
1/2 medium onion, chopped
1/2 cup hot water
1/2 stick butter (4 Tbsp.)
1/4 cup flour
3 cup whole milk (I used 2 1/2 cups milk; 1/2 cup half and half)
2 tsp. kosher salt (or to taste)
1/2 tsp. cayenne pepper
Ground black pepper
Preparation:
In a large skillet heat the olive oil over medium heat. Add spinach and garlic and cook, stirring constantly, until the spinach wilts, about 3 minutes. Add the mixture to a blender, pour in 1/2 cup hot water and pulse until pureed. Set aside.
In a large soup pot, cook the onions in the butter over medium heat until onions begin to soften. Sprinkle the flour over the top and stir to combine. Cook the roux for about 2 minutes, then pour in milk, stirring occasionally. Season with salt and pepper(s). Pour into the pureed spinach, then cook until thickened, another 5 minutes or longer if you want it thicker. I garnished the Spinach Soup with little drops of sour cream mixed with minced tarragon. 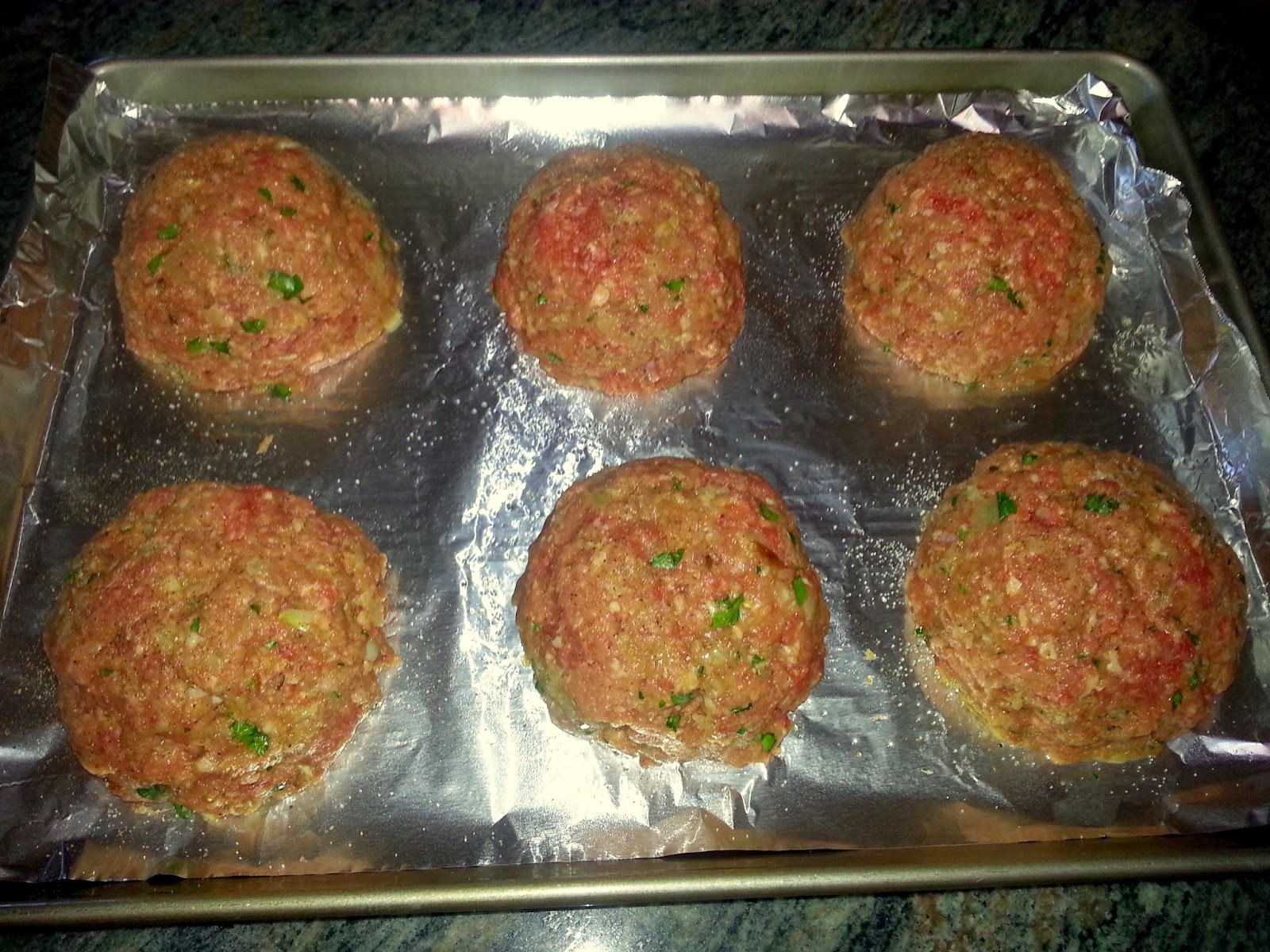 For this recipe I used ground beef from Duncan and Susan Blair's Rio Santa Cruz Ranch here in Arizona. (http://www.riosantacruzgrassfedbeef.com/ ).

I doubled this recipe and it came out just fine, but here is the original which serves 4. 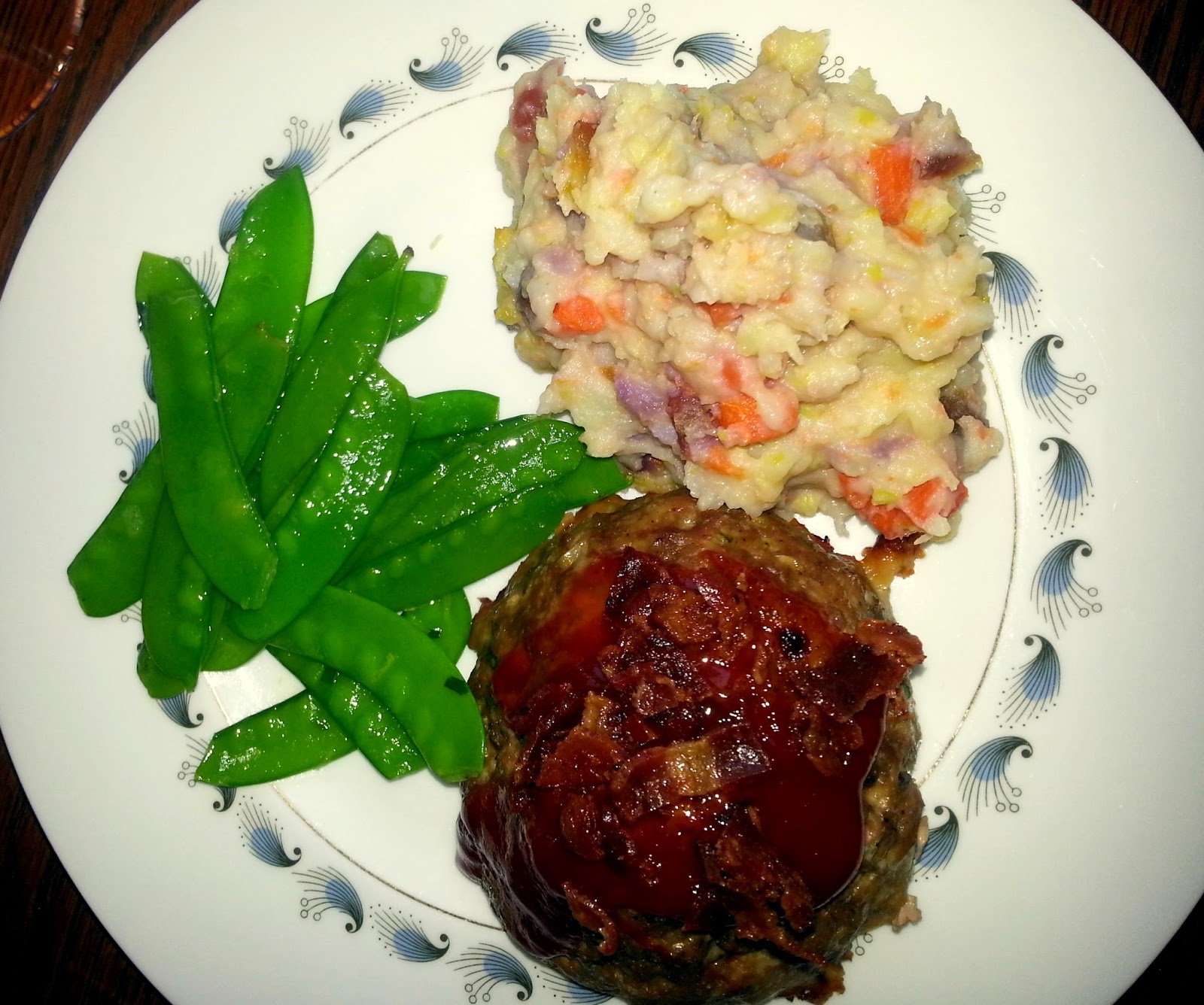 Preparation:
Put oven rack in middle of oven and preheat to 400 degrees. Line a shallow baking pan with foil.
Cook onion and garlic in oil in a skillet over moderate heat, stirring frequently, until just softened, about 4-5 minutes.
Stir together bread crumbs, milk, eggs, parsley, Worcestershire sauce, Tabasco, salt/pepper in a large bowl. Gently combine meat mixture, then add to bread crumb mixture along with onion. Using your hands gently knead until just combined. Mixture will be fairly moist.
Using a 1 cup measure, drop slightly rounded cups of mixture onto the baking sheet and lightly pat to form 4 domes.
Stir together ketchup and vinegar and spoon over mounds. Bake meatloaves about 25 minutes (meat thermometer reads 155F).
While meatloaves are baking, cook bacon in skillet over moderate heat, stirring occasionally, until crisp, about 7 minutes. Transfer with a slotted spoon to paper towels to drain.
After meatloaves have baked, remove from oven and turn on broiler.  Broil meatloaves 2 to 3 inches form heat until glaze is slightly caramelized. Watch carefully as all that sugar in the ketchup can "catch" quickly.
Serve topped with bacon.

With the (not so little) Individual Meatloaves I served an interesting twist on mashed potatoes and a slightly different variation of peas, which in our household growing up, always accompanied meatloaf, but were usually frozen or canned.


Preparation:
Wash chopped leek well in a bowl of cold water. Leeks hold their dirt so you really need to scrub them. Drain well. Peel potatoes and cut into 2 inch pieces. Cover with cold water in a saucepan and bring to boil. Reduce heat and simmer until potatoes are very tender, about 18-20 minutes. Drain and return potatoes to saucepan. While potatoes are simmering, cook carrots in a saucepan of boiling salted water until just tender, about 5-6 minutes, then drain. Cook leek in butter in a medium skillet over moderate heat, stirring occasionally until very tender, about 6 minutes. Add milk, salt, pepper and simmer stirring for 2 minutes. Add leek mixture to potatoes. Coarsely mash with a potato masher, then stir in carrots. I really liked the look of the colored carrots with the potatoes and all the flavors came through beautifully.

Finally, for Betty's birthday meal, we had...

That's going to do it for today's special birthday meal. HAPPY BIRTHDAY all over again Betty Ann!

I am very excited to share with you next time, another cut from the Rio Santa Cruz Ranch... ARM ROAST! I had never heard of Arm Roast, but it is exactly what you'd think...a relatively thin (in roast terms) cut from the upper front leg (arm) of the cow. It's a cut you want to slow roast and I braised with wild mushrooms and reduced red wine sauce...Yummy!

Next time, I'm also going to share a very special visit, with behind the scenes shots, I had with a local Arizona butcher!


EXPERIMENT!
LEARN!
DISCOVER!
LOVE!
The possibilities with food are endless...

Posted by Cindy Rabbitt at 2:29 PM