Since discovering Lesley Sykes new company, Primary Beans (www.primarybeans.com), I have definitely been on a bean kick! After cooking the first pound of Michelet beans I had lots of left-overs to play with. That's one of the many beautiful things about cooking a big batch of beans. I love left-overs!

First, I made a bean dip, which I served on a lightly toasted crostini with shrimp. 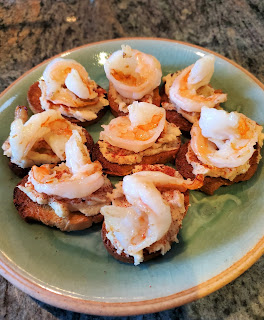 4 shrimp, shelled and cleaned, sliced in half 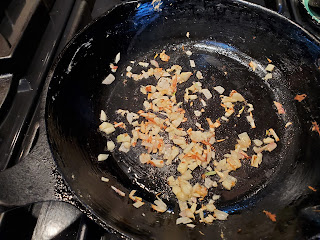 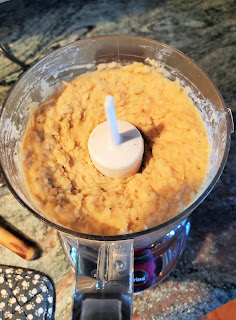 Preparation:
Saute the garlic and shallot in pan over medium high heat so they get a little crispy. Add all ingredients to a blender or mini food processor and blend until very smooth.
Crostini is generally made with white bread, such as a simple Italian loaf or a baguette, sliced evenly, and lightly toasted. In Italian, crostina means crusty and crostini means toast.
Spray the sliced bread with olive oil and toast lightly. Cool.
Saute shrimp in the same pan you used to saute the garlic and shallots. Because you have cut them in half they will curl as they cook. Cook until just pink. Cool. 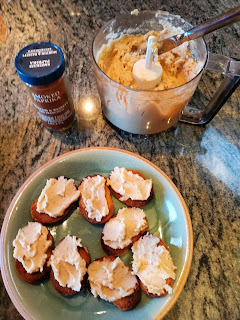 I only made 8 crostini's so had lots of nice left-over bean dip that is great spread on celery or cucumbers. To serve as another appetizer, arrange a platter with various raw veg--red pepper, celery, zucchini, cucumber, etc.--and serve the bean dip in the center of the platter. Nutritious, low-fat, lots of protein, and just plain good!
Another idea with this dip is to serve on the crostini with caviar. 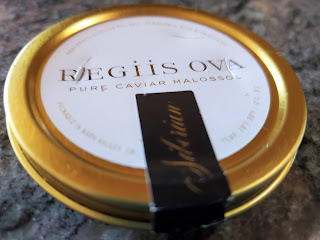 I received this caviar as a gift from my good friend Dorita Joffroy Pina. It is the best caviar I have ever tasted. Regiis Ova (which means Royal Egg in Latin) is a new company founded by Chef Thomas Keller and caviar expert Shaoching Bishop, former CEO of Sterling Caviar and Tsar Nicoulai Caviar. Read about them here: https://www.regiisova.com/about 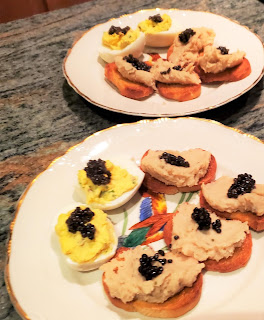 If you are a caviar aficionada, you will love this caviar. Mild flavor; not at all fishy. Sturgeon eggs are small and delicate. I have been putting this caviar on EVERYTHING!
I'm going to close today with one more way I turned that original pot of Michelet beans into something different.
SAVORY BEAN PANCAKES 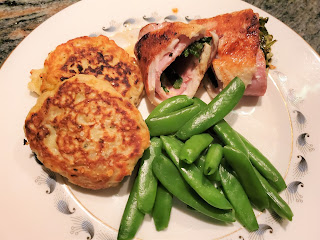 These cakes are similar to a potato pancake or latke, but have that wonderful bean flavor. Next time, I would add 1 Tbsp. of Greek style yogurt to the mix to lighten them up a bit, and then serve with more yogurt and some of that fabulous caviar (which I had not received when I made these!).
Ingredients:
3/4 cup Michelet Beans (cooked)
1 Egg
3 Tbsp. flour
1 Tbsp. finely chopped onion
1 clove garlic, minced
2 Tbsp. parmesan cheese
1/2 tsp. dried oregano
1 Tbsp. olive oil to saute 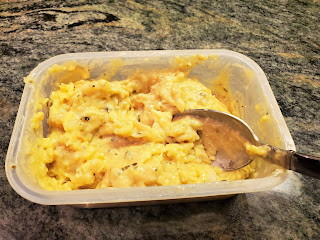 Preparation:
Slightly beat the egg. With a fork, gently crush the beans leaving them somewhat intact. Add all ingredients together and stir to mix well. To cook the pancakes, heat the oil in a heavy bottomed skillet. I cooked simultaneous with the chicken cordon bleu we had for dinner. 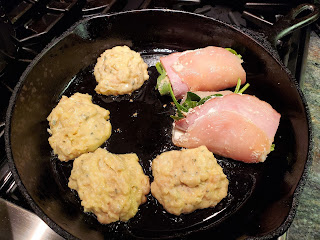 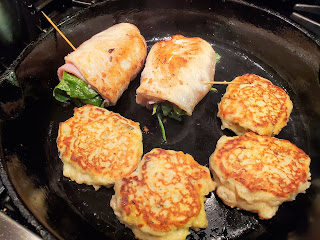 Cook to golden brown, about 5-7 minutes per side. Flip the cakes and finish the cooking.
BEANS VS. MEAT?
I am a believer in eating from all the food groups. And there are good things about both beans and meat. Beans have more potassium and less sodium than meat. They also are much higher in antioxidants. Meat and bean iron content is identical. Steak has more protein, but also significantly more fat and calories. Beans have tons of fiber. Meat has none. Why not both--eat a small portion of meat with your beans!
More beans to come, but next time I want to share a recipe for slow-roasted lamb with a pistachio crust that I made for Valentine's Day that was out of this world!
UNTIL THEN...
KEEP ON COOKING!
www.cookwithcindy.com

Posted by Cindy Rabbitt at 2:30 PM